Psoriasis affects various areas of the body such as the scalp, elbows, knees, lower back, etc. Nail psoriasis is another common location for the lesions. About 50 percent of those suffering from psoriasis usually report also experiencing the effects of psoriasis on fingernails and/or toenails although fingernails are usually affected more than toenails. This may also be the only type of psoriasis that affects someone in a few cases. Treatment for psoriasis on nails can be tricky but there are various treatment methods including psoriasis home remedies that may work.

The definition of psoriasis is that it is a chronic condition that usually affects the skin causing thick, raised, itchy, skin areas that are red and covered with silvery white or gray scales that may flake or peel. When fingernails and toenails are affected, the following can be some of the symptoms of nail psoriasis.

1. A yellowish-brown discoloration can cover the entire nail which can change the natural nail color. This discoloration associated with nail psoriasis can also appear as spotting on the fingernail or toenail.

2. Pitting is probably the most common signs of psoriasis on nails and features dents or depressions in the fingernail or toenail. These dents or depressions are usually shallow and measure less than 1 millimeter in diameter. They affect part of the nail or the entire nail and can look like pin holes.

3. Onycholysis is another common sign of nail psoriasis. This occurs when the entire fingernail or toenail is lifted away from the nail bed. This usually happens gradually from the edge or end of the nail until the entire nail is covered and lifted away. Psoriasis on nails does not usually lead to permanent loss of the nail so this is a comfort. The fingernail or toenail will usually grow back within a year (fingernail) or two (toenail).

4. Hyperkeratosis is another symptom and features the thickening of the nail plate.

5. Deformation of the fingernail or toenail is another feature of nail psoriasis.

Psoriasis of nails also features grooving of the nail, roughness of the nail as well as depressions in the fingernail or toe nail which can all lead to the loss of the affected nail

Just like with other types of psoriasis, treatment can be difficult and will involve a lot of trial and error. In addition, effective treatments to treat psoriasis lesions that affect the skin may not be as effective when used on nails. Treatment for psoriasis of nails also usually covers a prolonged period of time before benefits are noticed in the fingernail or toenail.

It is important to note that topical treatments are usually ineffective for nail psoriasis. Oral medications or those administered with an injection may work but when psoriasis on nails is the only type of psoriasis that someone has, oral medication or injections may not be wise because of the related risks which far outweigh the benefits of this treatment method. 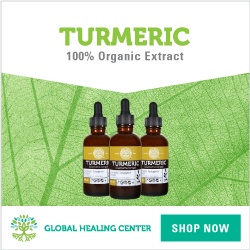